Senior Learning and Technology Officer Martin King has been leading an initiative to combat plagiarism at Royal Holloway, University of London for over a decade.

Martin participated in initial steering group meetings for Epigeum’s Avoiding Plagiarism course in 2006. Since then, he has administered, developed and publicised the training via Royal Holloway’s Moodle site.

“Initially I wanted to address an imbalance at Royal Holloway caused by our growing use, then, of Turnitin to detect and help prevent plagiarism”, explains Martin, “I think at that point we had about 9000 submissions per year to Turnitin, and no consistent means to support students ahead of their work being subjected to originality checks”. He adds, “I thought we were in a very weak position, pedagogically and perhaps legally, by asking our students to demonstrate behaviours that we hadn’t consistently helped them to develop”.

As well as seeking to provide training on referencing systems, paraphrasing and citations to support students across the university, Martin wanted to use the programme to demonstrate the power and potential of online and blended learning – explaining that, in this way, the course has “driven innovation” in their community. In 2006, just 7% of Royal Holloway’s taught courses had some sort of presence on the university’s recently-established Moodle site. “It was a new era for us”, explains Martin, and by engaging all students with an interactive, multimedia course, he hoped to encourage them to ask for digital provision elsewhere too.

Martin developed Royal Holloway’s Moodle to allow all students to be automatically enrolled onto the Avoiding Plagiarism course, and placed into groups according to their area of study. This facilitated the delivery of differentiated content, controlled, conditional access to materials, and more meaningful, granular reporting. In doing so, he was able to “demonstrate to staff that this was a way Moodle could be used effectively to encourage participation and track learning and achievement”.

Martin describes the process of raising awareness of Avoiding Plagiarism as slow, gentle and experimental, in the beginning: “we emailed all users and all staff, we tabled it at departmental meetings, and we had a strong presence on the Moodle front page”. It was vital to identify departmental champions: “when there’s somebody on board it makes things a lot easier”. The format of the course itself has also helped: “it covers the issues properly and well, and does so in a way that’s fairly varied – it’s not just text, text, text, question, question, question – it’s clearly engaging”.

Initially, it was presented to students as a voluntary exercise, to support their use of Turnitin. However, various departments have gone on to make the course mandatory – particularly after Martin started creating bespoke versions of the course via customised Moodle quizzes, based on content from Avoiding Plagiarism. Royal Holloway’s School of Law, for example, has made the course a core part of its undergraduate programme, devising different quiz questions for each year of study, as well as questions tailored to the subject and departmental referencing system. Course assignments only become accessible when students have engaged with, and demonstrated understanding of, the academic integrity content.

“When staff see the content itself and see what we can do as a package with customisation, un-bundling and conditional access, they generally recognise its value”, explains Martin. He adds, “the fact that it’s been used, and used well, has been quite motivating”.

Looking to the future, Martin anticipates that the initiative will go from strength to strength: “I expect the programme to become compulsory in more, not fewer, departments in future”. He adds, “I’d like to see more assignments with ring-fenced marks for demonstrating understanding and use of the skills imparted by the course – that happens in some courses and not others”.

“I aim to make Avoiding Plagiarism an integral part of study here at Royal Holloway”. 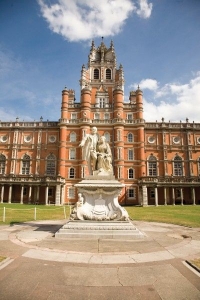 Suitable for students across all disciplines, Avoiding Plagiarism is an interactive, online course that equips students with the knowledge and skills to accurately introduce referencing systems, paraphrasing and citations into their academic work.

Request more information or a free trial by emailing epigeum@oup.com.