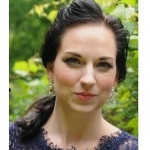 The statistics are alarming: while the numbers vary across different reports, research shows that up to 95% of college students have admitted to cheating in some form, a percentage that has increased over the past several decades as the definition and modes of “cheating” have evolved to encompass high-tech tools and services. One might expect any Academic Integrity Officer to be at her wit’s end, confronted with case after case of student misconduct on varying levels of severity – and those are just the ones who get caught.

It is this trend that led Dr. Tricia Bertram Gallant, Director of the Academic Integrity Office at the University of California, San Diego, to highlight in her monograph Academic Integrity in the Twenty-First Century the phenomenon of widespread “moral panic” around a rampant “cheating culture” – not just among undergraduate students, but extending throughout the institution to faculty, researchers, and administrators – and to put forth a number of guiding principles to address these deeply felt concerns. But academic culture is notoriously slow to change, and the hand-wringing persists.

Frustration, desperation, concerns of irrevocable moral decline: it may sound all too dramatic, but there is no denying that a real problem exists. For Dr. Bertram Gallant and a growing community of thought leaders, it is clear that the underlying issues are more effectively addressed through practice, not preaching.

Is academic misconduct, fundamentally, a moral issue? And is misconduct on a higher level (for example, fraudulent behavior committed by senior research faculty) more morally problematic than, say, an undergraduate student plagiarizing part of an essay? It would seem that the answer to the second question must be “yes,” given the disproportionate consequences associated with misconduct by professional academics whom the public entrusts with honest scholarly investigation. By contrast, a student who cheats on an exam is, as some would say, primarily cheating herself out of a legitimate education, and if caught in the act may face punishment up to and including expulsion (in extreme cases causing public embarrassment to the institution); but it is hard to make the case that this behavior is as directly harmful to society as that of, say, a pressured-to-publish scientist falsifying data about the efficacy of a cancer treatment. Both acts are considered misconduct, and both may be committed purely for personal gain: but isn’t one fundamentally more wrong than the other and, given the known potential for harm, the perpetrator somehow more morally deficient?

This question, while philosophically interesting, may not be the right one to ask. Ultimately, bad academic behaviors tend to start early—in college and often well before—and if left unchecked are a threat to good citizenship in higher education and the wider world. It is more pertinent, then, to pose questions that more readily lead to actionable understanding, starting with how we think about misconduct on both a systemic and individual-case basis. What drives academic misbehavior on a cultural and psychological level? What factors lead to a culture of integrity and avoidance of misconduct? And what can universities do to actively establish and reinforce an integrity-positive environment?

Academic misconduct from the classroom to the lab: underlying causes

There are good reasons why the discourse around academic integrity tends to avoid directly invoking morality and the question of whether actions and actors are “good” or “bad.” Most of us who have been exposed to higher education think we have a fairly good idea of what it means to act with integrity and what it means to fail to do so, but upon examination the field is far more complicated; like so many concepts and constructs, it exists on a spectrum, in this case from the “not right, but not appallingly reprehensible” to the clearly deceptive and unethical. For students, this spectrum may range from cases of minor and inadvertent plagiarism to large-scale “contract cheating” such as paying third parties for the completion of entire online courses; in the professional research world, it may start on one end with questionable research practices (for example, submitting a paper that fails to mention previous studies that were unsuccessful) and extend to cases of outright, intentional fraud. And just as misconduct can take many forms at varying levels of severity, the reasons for engaging in this behavior are similarly complicated and variable.

Ask anyone why they think cheating occurs, and the most common answers are predictable: to give oneself an advantage over peers; as a response to pressure to succeed or avoid failure; as a symptom of apathy toward a task or system. Perhaps not surprisingly, when subjects who have been caught cheating are asked to explain the reasons for their misconduct, the responses encompass a multitude of rationalizations that appear to amount to deflections of personal responsibility. It is common for people in this situation to express remorse, while insisting the behavior was the result of being under too much pressure in school or work, often combined with claims of unusually difficult personal circumstances, rarely acknowledging any fundamental character flaw or lack of understanding of right and wrong. In one study, a survey of 94 case files from the Office of Research Integrity showed that researchers found guilty of misconduct cited 44 unique reasons for their actions (with most giving multiple reasons), which were then grouped into seven main categories, in order of frequency of occurrence: (1) personal and professional stressors, (2) organizational climate, (3) job insecurities, (4) rationalizations A (lack of control), (5) personal inhibitions, (6) rationalizations B (fear or apathy), and (7) personality factors. While the subjects of this study were academic researchers at the PhD student level and above, it is not difficult to imagine a very similar spread of reasons for cheating among undergraduate students, and to speculate that these behaviors persist in some individuals throughout their academic career. A PhD, after all, does not come with a supernatural ability to resist the temptation to seek shortcuts.

Once a cheater, always a cheater?

Academic misconduct among students and scientific misconduct among advanced researchers may be interpreted by some as different realizations of a common phenomenon, but the question we inevitably arrive at is: are students who cheat in school more likely to engage in misconduct in their future careers, academic or otherwise? And to extend the question further: are students who cheat in school more likely to act dishonestly in other areas of social and public life—to lie on their résumés, to fudge their tax returns, to cheat on their spouses? Not surprisingly, it is nearly impossible to gather accurate data on the frequency of such behaviors and even more difficult to prove any correlation with classroom misconduct, but some psychological research suggests that those who have successfully “gotten away with” breaking the rules, managing to achieve a goal through dishonest means with no negative consequences, are less hesitant to test ethical boundaries in other contexts. In this study, college graduates were asked to self-report on their behavior, and it was found that those who admitted to having cheated in school were more likely to admit to other deceitful practices in their professional and personal lives.

If this trend is indeed true, what are the implications for the education system in which many people’s good and bad habits are formed early on? Is it really the responsibility of the university to ensure that their students are not only earning a degree through honest work but that they are “good people” as well? This returns to the question of whether academic integrity is essentially a moral issue or simply a practical one, and what educators can realistically do to nurture a sense of good citizenship in and outside the academic sphere.

The true meaning of integrity in academia

There is no shortage of convoluted philosophical debate over the distinctions between morality, ethics, and integrity (and whether these distinctions are actually meaningful), and it doesn’t help that their definitions are frustratingly cross-referential. The Oxford English Dictionary offers the following (very similar) definitions of the words:

Defined this way, all three terms are grounded in the idea of “goodness,” an inevitably subjective quality that cannot possibly be taught in a secular environment considering its infinitely variable interpretations. However, the OED includes another familiar definition of “integrity” which may be far more relevant to the academic and research context:

“The condition of having no part or element taken away or wanting; undivided or unbroken state; material wholeness, completeness, entirety.”

This version of integrity is often used to refer to the quality of physical structures, but could just as easily be applied to the concept of a university as a place of shared values and mutual respect: students, faculty, researchers, and all other stakeholders in the community assuming equal responsibility to uphold the ideals of learning and discovery that are the foundations of a well-functioning and well-informed—you might say, a good—society. Dr. Bertram Gallant argues that “corrupt practices among students, teachers, researchers, and administrators have a tremendous impact on the educational enterprise and thus even a low level of corruption cannot be tolerated.” When the integrity of the structure is compromised by any one of its parts, so too is the ability of the whole to function and serve as intended.

Note that this idea of responsibility is not fundamentally a moral one, but it is nonetheless critical to building the future we want for ourselves and future generations. That may sound lofty, but there are a number of practical approaches educators can take to influence behaviors on both small and large scales. They can cultivate students’ intrinsic motivations (e.g. acquiring knowledge, development of skills) and point out that extrinsic motivations like grades and awards, while they may persist as signifiers of achievement, are not the most valuable outcomes of higher education. They can take more seriously the need to set expectations as soon as students and employees set foot on campus, to ensure a mutual understanding that entering an academic community as a student or in any other role is to enter into a social contract based on a set of shared values and responsibilities. They can frame academic integrity as part of the dialogue that is central to effective teaching and learning, emphasizing positive and open conversation as more productive than simply punishing misconduct when it occurs. According to Dr. Bertram Gallant, “This new approach reframes the driving question from ‘how do we stop students from cheating? to ‘how do we ensure students are learning?’”

We can do all of the right things and still never eradicate cheating, and those who engage in misconduct at any academic level should be faced with appropriate consequences; but more effective than the threat of punishment is the duty of educators to introduce what integrity means to the university community and why it matters on the big-picture scale. The notion of a perfectly “undivided, unbroken state” of flawless integrity may be an impossible ideal, but the room for improvement is vast and the calling more urgent than ever.

Sarah Andrus is the Commissioning Editor of our online course: Academic Integrity. Sign up your institution for a free course trial here.