Professor Nicola Henry is an Australian Research Council (ARC) Future Fellow in the Social and Global Studies Centre at RMIT University. She is the Lead Advisor for the forthcoming update to the Australian version of our online training programme Responding to Disclosures of Sexual Violence. In this blog, Nicola looks at some of the worries survivors may be dealing with when considering a disclosure, and some of the issues responders may need to consider in supporting survivors. 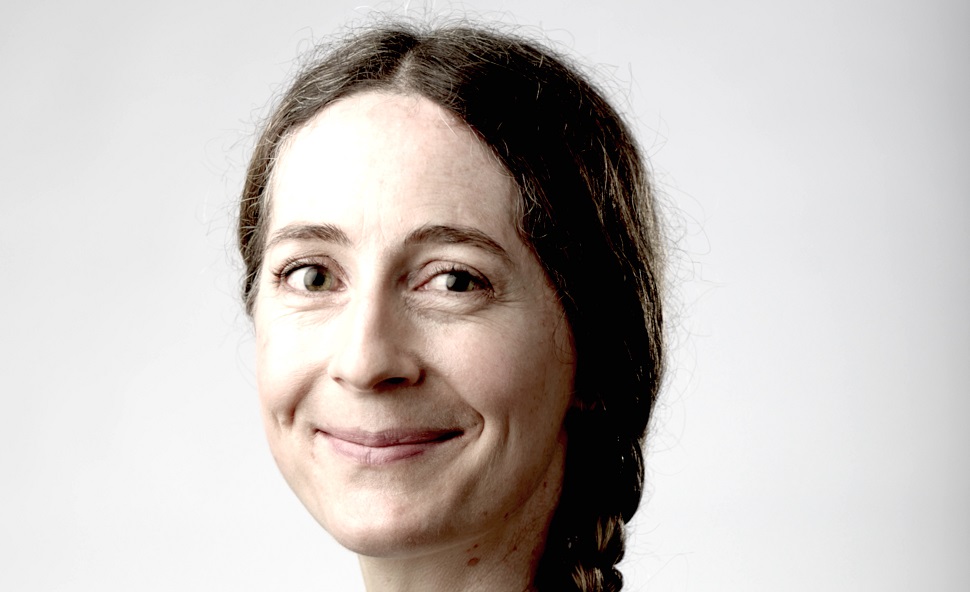 It is a basic human need to be heard, believed and acknowledged. We are social creatures who rely on other human beings to help shape our understandings of the world, our experiences within it, and also our sense of who we are. Unfortunately, other humans sometimes do unjust and terrible things to us. We seek justice not only to see that the wrongdoer is punished or admonished, but also to seek solace in the judgement, validation and support of others, regardless of whether this is in a courtroom or in another setting. This was powerfully captured by writer Primo Levi, in his story of surviving Auschwitz. In his book, he described a recurrent dream in which he is sitting around with his sister, his friends and other people who fail to listen to his story:

… but I can’t help noticing that my listeners do not follow me. In fact, they are completely indifferent: they speak confusedly among themselves of other things, as if I were not there. My sister looks at me, gets up, and goes away without a word … My dream stands before me, still warm, and although I’m awake I’m filled with its anguish … [and] to my amazement, that’s … the dream of many others, perhaps of everyone.[1]

The theme of this blog is responding to disclosures of sexual violence within university settings. The focus here is not on the wrongdoer, nor on the bystanders to the wrong, but rather on those who are entrusted to hear the stories of victim-survivors – in whole or in part. The way a responder responds to a disclosure is critical. Their response plays a pivotal role in the survivor’s recovery process. As noted by psychology professor Courtney Ahrens,

When rape survivors are exposed to victim-blaming behaviours or attitudes, the experience may feel like a “second assault” or a “second rape”, a phenomenon known as “secondary victimization” … In many instances, these behaviours are overt as system personnel explicitly hold survivors responsible for the assault, doubt the veracity of survivor’s stories, or minimize the seriousness of the crime … Speaking out about the assault may therefore have detrimental consequences for rape survivors as they are subjected to further trauma at the hands of the very people they turn to for help.[2] 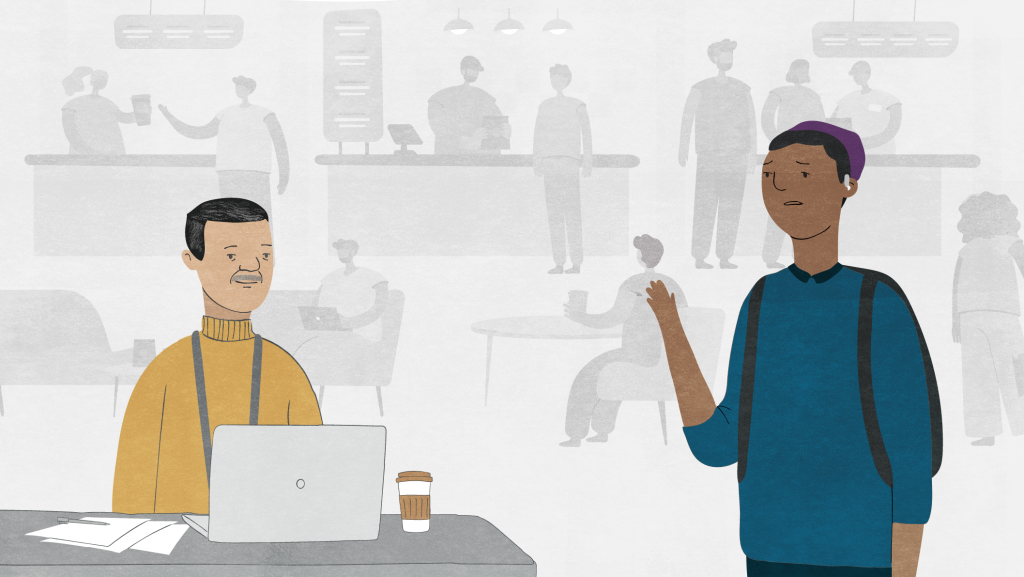 Common reasons for not disclosing or reporting sexual violence were that students did not believe their experience was serious enough; they did not know how or where to disclose or make a report; they thought that the incident would be too hard to prove; or they were worried that they wouldn’t be believed.

The Guidelines make it clear that “[t]he safety and wellbeing of students and staff who disclose or report sexual assault or sexual harassment needs to be the priority of universities and at the centre of the university response”.[5] The results of the 2021 survey have not yet been published, but they will give an indication about what kind of progress has been made since the introduction of the Respect.Now.Always initiative.

A disclosure of sexual violence can take different forms. It can involve a survivor disclosing their experiences of a recent or historical incidence of sexual assault or sexual harassment that took place on campus by a member of staff or another student. Alternatively, it may involve a survivor disclosing an experience which did not happen in a university setting. Some disclosures are informal, whereas others might trigger a more formal response. In some cases, the survivor has not disclosed this to anyone else before. It is important to know how to respond adequately and appropriately to these different types of disclosures. Knowing what to say and what not to say is crucial.

Epigeum’s Responding to Disclosures of Sexual Violence 2.0 online course gives users the tools to be able to be respond professionally and empathetically to a victim-survivor who discloses sexual violence to a university staff member, such as a supervisor, manager, tutor, lecturer or colleague. 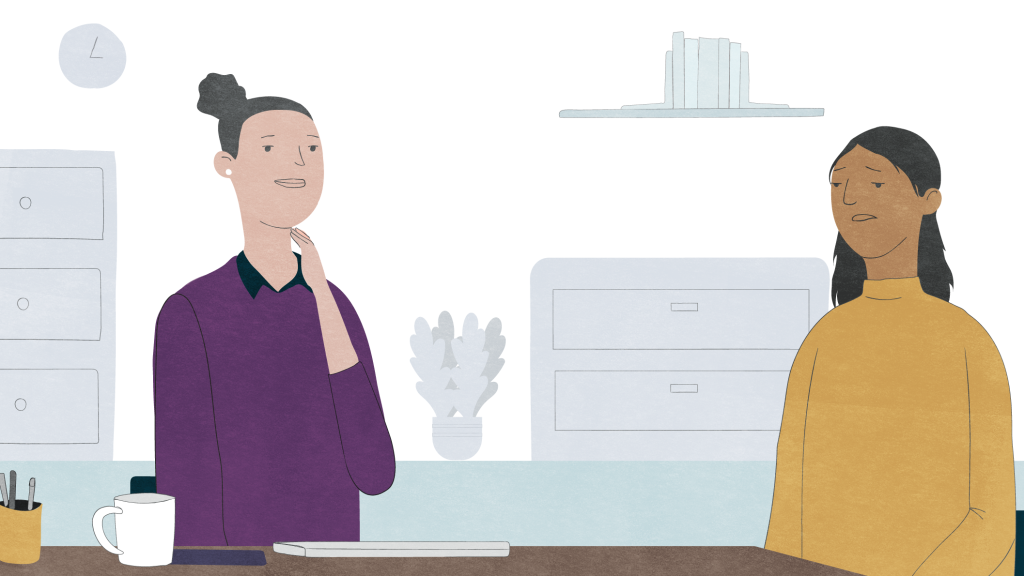 The course focuses on three key roles for responding to disclosures of sexual violence: first, to provide information about informal and formal reporting options; second, to provide information about available and culturally appropriate support services; and third, to present a range of options so that the survivor is empowered to make their own decisions about their next steps. The course takes a victim-survivor-centred approach, which means “that anyone who discloses or formally reports an experience of violence is supported by and through a system that prioritises their safety and wellbeing at every stage”.[6]

As the Lead Advisor for this second version of the course, I learned a lot about the mistakes of my responses to disclosures in the past, and what kind of responder I would like to be for the future. My tendency is often to get too emotionally involved in other people’s issues. But other people may find the opposite – that they don’t provide enough support. This course guides people from both ends of the spectrum, as well as those in between, on how to be supportive, reassuring and caring – without telling the survivor what they should do and without stepping over the boundaries of your professional role. It’s a course that prioritises empowerment and survivor-led decision making. The responder’s role is not judge, problem-solver, agony aunt, saviour or hero. Rather, the responder’s role is to be there to provide information, tools and support so that the survivor knows they’re not alone, that they have options, and that they themselves have the solutions from within themselves given the right support.

The trauma model of sexual violence is an important framework that the Responding to Disclosures of Sexual Violence programme embeds, but we have not assumed that all survivors are traumatised by their experiences. We sought to capture the diversity and complexity of sexual violence as an act and as an experience. We recognise that no two situations are the same, as no two survivors are the same. We sought to ensure that the course recognises the intersections of socially constructed systems of disadvantage so that universities can better support survivors who are Aboriginal and Torres Strait Islanders; lesbian, gay, bisexual, transgender, intersex or queer (LGBTIQ); migrants or refugees; international students; and/or those living with a disability.

We want the course to challenge societal myths and stereotypes about sexual violence, including certain ideas about how a survivor should act and what they should say. Responding to Disclosures of Sexual Violence 2.0  attempts to overcome those unhelpful stereotypes and challenges course users to think more deeply about the different forms of sexual violence, the different impacts and the best ways of responding to survivors from different backgrounds and life experiences so that they feel heard and supported.

Evidence suggests that online courses are best implemented as part of a blended approach to learning which also involves traditional, face-to-face learning modules and training. Responding to Disclosures of Sexual Violence 2.0 has been designed to support a blended approach. The course works best as one part of a comprehensive, whole-of-university approach to the complex issue of sexual assault and sexual harassment in university settings.

The benefits of an online course on responding to sexual violence are many. I cannot overestimate the importance of the responder in hearing disclosures of sexual violence. This course will help users to respond with care and compassion, and help them avoid saying the wrong thing. In fact, many of us worry so much that we’ll say the wrong thing that we end up not saying anything at all. And silence can itself be a form of injury or compounded trauma for victim-survivors. When we say nothing or when we say the wrong thing, it can come across as blame, disbelief or judgement, which can cause further harm. But when we are calm, compassionate and informed, we are assisting the survivor in their personal (and sometimes protracted) journey of healing and recovery.

[6] Our Watch and Universities Australia (2021) Practice Guidance: A Victim/Survivor-Centred Approach to Responding to Violence.

Responding to Disclosures of Sexual Violence 2.0 provides accessible and research-based training on the first response to disclosures. Developed under the guidance of an expert panel of advisors, authors, and reviewers, the course ensures all staff are equipped with the practical knowledge and skills needed to provide an effective and survivor centred first response, and signpost to potential sources of further support.

Find out more about Responding to Disclosures of Sexual Violence 2.0.